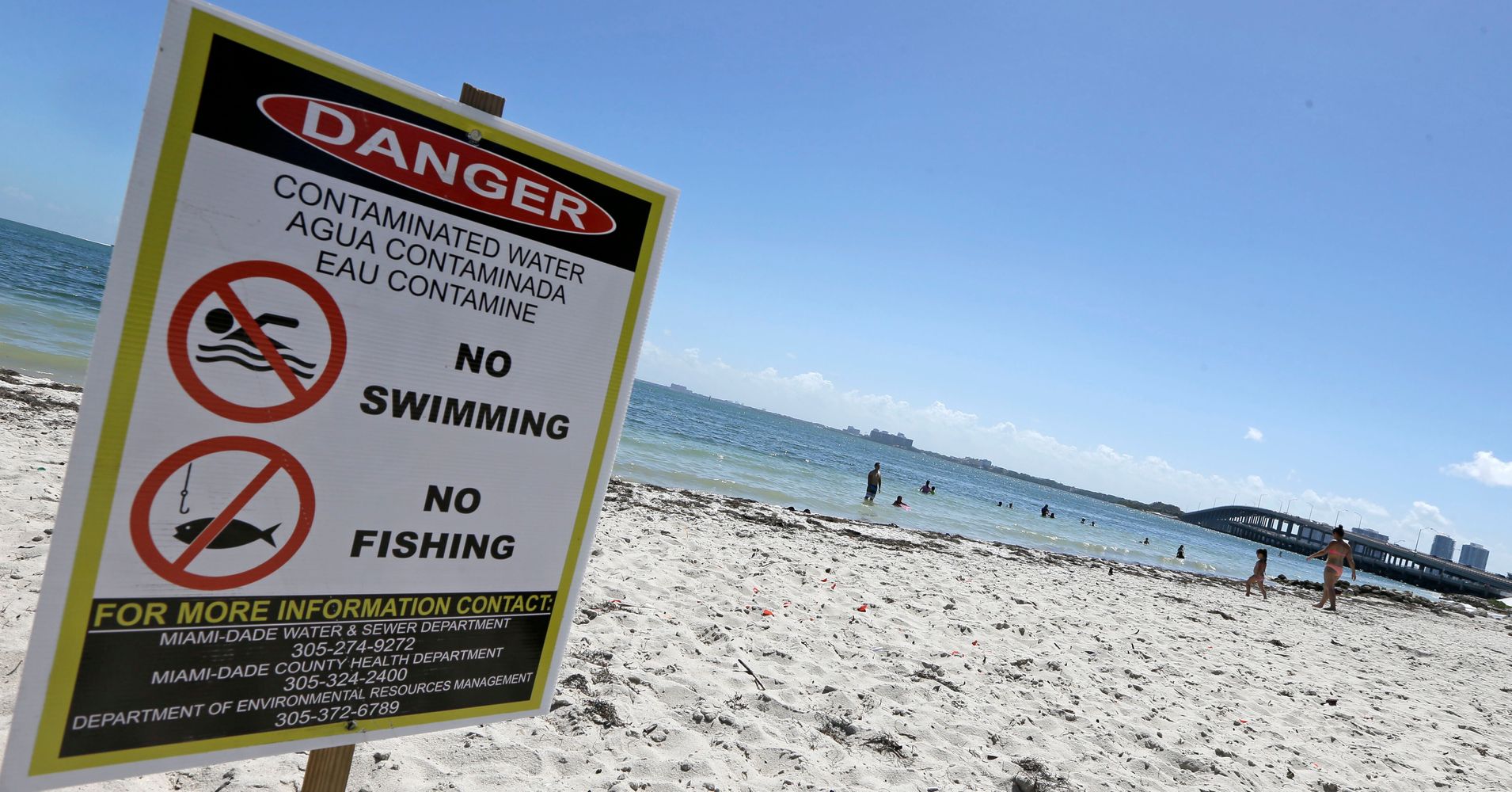 A new analysis details widespread bacterial contamination at U.S. beaches, with more than half of the tested sites exceeding a federal safety threshold at least once in 2018.

“All too often, our beaches have pollution that puts swimmers at risk,” John Rumpler, a co-author of the report and director of Environment America’s clean water program, told HuffPost. “That’s just totally unacceptable.”

Of the more than 4,500 beaches sampled in 2018, nearly 60% had potentially unsafe levels of disease-causing fecal bacteria on at least one day, according to the findings. A total of 605 sites, or approximately 13%, had elevated bacteria counts at least 25% of the days they were tested.

The report analyzed sampling data submitted to the National Water Quality Monitoring Council by more than 40 federal, state and local agencies, and includes sites in 29 states along the East Coast, West Coast and Gulf of Mexico, as well as the Great Lakes and Puerto Rico.

As a benchmark, the organizations used the Environmental Protection Agency’s “Beach Action Value,” a “precautionary” threshold established in 2012 to help states and territories decide when to issue beach advisories or closures. A site was deemed “unsafe” for water recreation if levels of Enterococci and E. coli bacteria ― two common indicators of fecal contamination ― failed to meet the EPA standard.

The lowest success rate was in the Gulf Coast region, where 85% of sites were contaminated at least one day in 2018. Forty-eight percent of beaches tested along the East Coast saw potentially unsafe levels on at least one day, compared to 67% along the West Coast and 75% in the Great Lakes.

In Illinois, all 19 beaches that were tested failed to meet the EPA benchmark at least once in 2018, with a site at South Shore Beach in southern Chicago tallying elevated bacteria counts on 38 days. Cole Park, a bayside park in Corpus Christi, Texas, was potentially hazardous for swimming on 52 days.

Nationwide, contaminated water resulted in 871 beach closures and more than 10,000 advisories last year, according to the findings.

The report cites a 2018 study published in the journal Environmental Health that estimates 57 million waterborne illnesses are contracted each year in the U.S. by people swimming in contaminated water. Illnesses include diarrhea and other gastrointestinal disorders, stomach flu, pink eye and skin rashes.

“I can’t tell you how that compares to the rest of the world,” Rumpler said. “I can tell you I think our nation can do better. Americans deserve better.” The findings, he added, show that the U.S. has failed to achieve one of the primary goals of the Clean Water Act of 1972: to ensure that all waterways in the country are safe for swimming and recreation.

The report, the first of its kind for Environment American and Frontier Group, is similar to annual analyses previously produced by the Natural Resources Defense Council. NRDC’s 2014 report found that 1 in 10 U.S. beaches tested were unsafe for swimming.

Rumpler stressed that while some states “come out looking particularly alarming,” that doesn’t necessarily mean that their beaches are more polluted. Instead, it’s possible that agencies there are doing more extensive sampling than those in states that appear to exceed the EPA standard less frequently. What is clear, he said, is that swimmers often aren’t finding out about risky conditions until it’s too late ― if at all.

In addition to urging policymakers to take action to better inform beachgoers, including establishing systems for same-day testing and warnings, the report seeks to tackle the root of the problem. It calls for major public investments to fix old sewage systems and to build infrastructure that can absorb urban runoff, protecting and restoring wetlands, and for a moratorium on new large-scale industrial livestock operations to curb manure pollution.

“This is a problem we can solve,” Rumpler said. “Most of this beach pollution comes from runoff and sewage overflows, and by investing in smart kinds of green infrastructure we can prevent this pollution and keep our beaches safe for swimming.”

The House Committee on Transportation and Infrastructure is considering bipartisan legislation to boost funding for the Clean Water State Revolving Fund, a federal program that provides assistance to states for water infrastructure projects. And Rep. Debbie Mucarsel-Powell (D-Fla.) introduced a bill in May that would require 20% of fund dollars to go toward “projects to address green infrastructure, water or energy efficiency improvements, or other environmentally innovative activities.”

This story has been updated to reflect that researchers corrected some water quality data after their report was published.

Help us tell more of the stories that matter from voices that too often remain unheard.