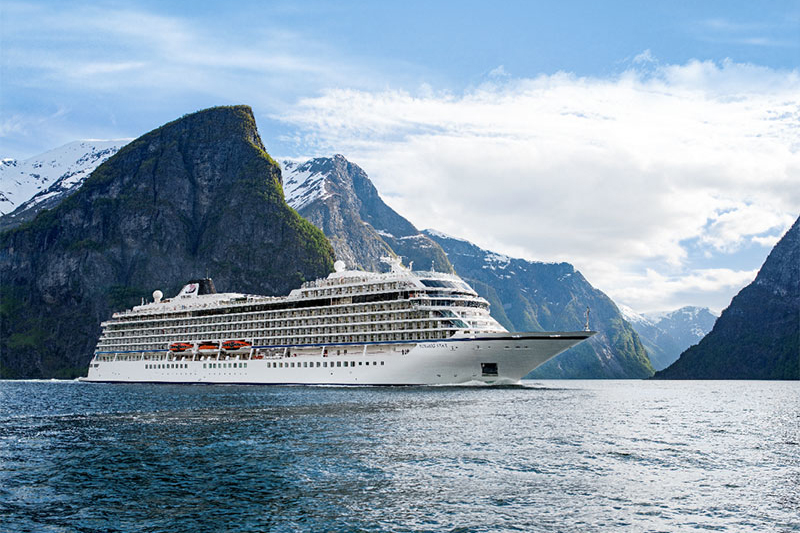 Getting cruise guests back on the high seas is critical for the travel and tourism industry as a whole and will save global tourism jobs. That’s the perspective of Matthew Upchurch, chairman and CEO, Virtuoso, and Gloria Guevara, president and CEO, World Travel & Tourism Council.

Both provided insight about new cruise health/safety protocols submitted to the U.S. Centers for Disease Control and Prevention (CDC) this week by Cruise Lines International Association (CLIA) and the Healthy Sail Panel (a joint effort of Royal Caribbean Group and Norwegian Cruise Line Holdings). Here’s what they had to say:

Get the Ships Sailing

“If you want to restore consumer confidence, get cruise ships sailing again,” stressed Upchurch. “That needs to be the rallying cry of the travel industry, whether you sell cruises or not—whether you’re a hotelier, tour operator or destination management company.”

Upchurch said that “people who cruise don’t just sail.” They also fly to and from the ship, stay in hotels pre- and post-cruise, take tours, dine at restaurants, shop in ports and visit cultural sites. “This is a case where a rising tide truly floats all boats,” he said. “When the cruise lines successfully sail again—and I’m confident they will—it will bolster trust in traveler safety.

Because the public needs to see travel reopened in a meaningful way, Upchurch said the cruise lines have taken this task on themselves, referring to the work of the Healthy Sail Panel. “This week they presented their findings to the CDC in an attempt to demonstrate that cruise passengers will be some of the safest travelers anywhere in the world, with science serving as the basis for these universally applied protocols,” he emphasized.

Laying out the picture, Upchurch said: “Cruise lines are willing to fight the fight for the rest of us, working with local governments throughout the world to allow U.S. visitors to return. Yet, they are being held to a different standard with stringent oversight that’s not being applied to the same degree to any other sector in travel, even air.”

During the past few months, the world has focused on the relaunch of air travel and Upchurch says the airlines have done an impressive job of showing how their filtration systems exceed standards and enhancing cleaning protocols. Some have also done away with change fees or left middle seats empty, which he calls a “bold move when you consider their yields are predicated on squeezing as many bodies as possible onto each flight.”

“But it hasn’t revived the travel industry and that’s because relying on air travel implies business travel will be the first to return,” Upchurch stressed. “Business travel usually jumpstarts the industry after disruptions. This time it’s different for a variety of issues—tighter budgets, new ways of collaborations, the list goes on. Our efforts need to focus on the leisure traveler.”

But yet to occur is coordination among governments for testing, the implementation of travel corridors and assessing threat levels in a universal way. “And lobbying on behalf of an industry that few politicians understand in its totality, let alone fully appreciate, can only carry us so far,” said Upchurch.

When the pandemic caused travel to halt in the spring, the focus was on flattening the curve. Since then, Upchurch says the conversation has evolved to waiting for a vaccine before travel fully resumes, a worthy aspirational goal, but things may not unfold that way.

“Sadly, terrorism wasn’t eliminated before we got back on planes following 9/11,” Upchurch said. “Zika wasn’t cured before we returned to the Caribbean. In no way do I want to minimize the severity of COVID-19 or a global pandemic, but the reality is that like other threats, it becomes part of the traveler’s risk profile.”

He said that travel professionals help travelers make informed decisions based on all factors, including their personal risk tolerance. In a recent poll of Virtuoso’s travel agency members, 83 percent said that the greatest factor in restoring consumer confidence was flexible cancellation and postponement policies.

The same poll showed 40 percent of new bookings were for ocean cruising—higher than any other travel category—and 37 percent of Virtuoso clients said they are ready to cruise again. “The appetite for cruising’s return is there,” he believes.

“Time and again, the travel industry has proven its resiliency and willingness to pull together in times of crisis for the collective good,” said Upchurch. “Now is one of those times. And for all our sake, we should be working to get cruise ships back on the seas.”

Travel and tourism contributes to 10 percent of the global GDP, representing 330 million jobs and a $5.5 trillion economic impact. “We know so far that 121 million jobs have been lost and have been impacted, but at the end of the year it’s going to be 197 million,” said WTTC’s Guevara.

“A number of CLIA cruise lines have been returned to the seas and they have proven that it’s possible,” she stressed.

Speaking in CLIA’s press briefing this week about protocols filed with the CDC, Guevara said “this is a model for the entire sector” of travel and tourism. She also said the cruise industry’s core elements are very much in line with the WTTC’s safe travel protocols.

WTTC, which partnered with Carnival Corporation on the mid-summer Global Health Summit, has been pushing for an international testing protocol that includes rapid testing, contact tracing and a strong collaboration between governments to assure a global approach.

“The cruise industry is leading by showing that comprehensive testing can help with the recovery—demonstrating how testing before departure or testing before starting the trip or before cruising is possible and is fundamental for the recovery,” said Guevara.

Celebrating CLIA’s release to the CDC of its adopted, mandatory protocols, she said that’s important because the industry needs “to recover some of the jobs that have been impacted. That’s crucial. We need to resume travel, especially to the 1,000 destinations around the world that depend on the cruises.”

And it’s not simply the economics, Guevara believes, citing the social impact to communities. So, “we celebrate this effort from the cruise industry, from CLIA and this collaboration that is totally unprecedented,” she said.

Also, by creating data and evidence that proves that testing can be done and that it works, Guevara said “it can help us to resume travel, which is going to be very helpful for the airlines and the rest of the industries.

Sailing to Adventure in 2021 and Beyond

Silversea Could Resume Sailing in November

Ponant Resumes Sailings for the Summer