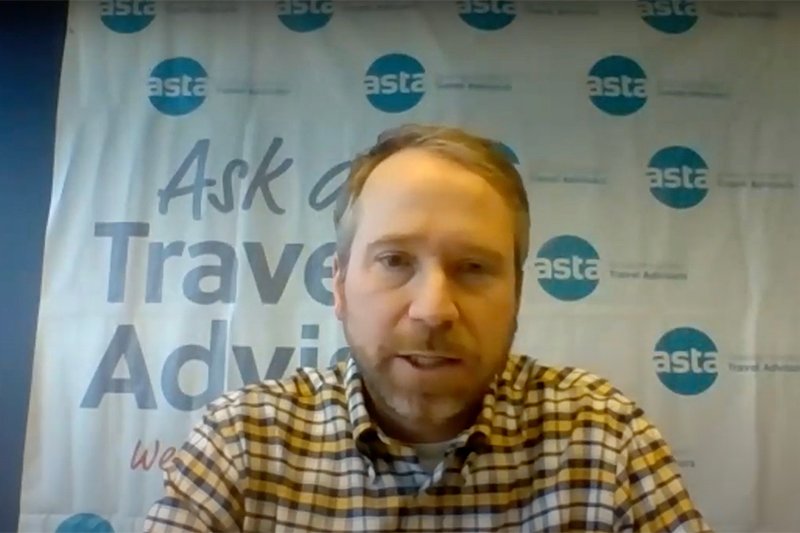 The American Society of Travel Advisors (ASTA) spoke with media on Thursday to cover a myriad of topics, ranging from the latest COVID relief bill, the new Biden Administration and what are the top priorities for future relief packages to commission payments and international travel restrictions.

Among the top notices, ASTA has warned its members to be aware of the deadline to restore pay levels under the Paycheck Protection Program (PPP) forgiveness “safe harbor.” In a statement, ASTA says, “members who received a PPP loan, reduced compensation to employees between February 15 and April 26, 2020 and have yet to restore those reductions are advised that they must act quickly if they wish to qualify for full loan forgiveness under the PPP safe harbor. The law provides that PPP borrowers who reinstate the pay of any employee whose compensation was reduced by more than 25 percent no later than December 31, 2020 will retain eligibility for loan forgiveness without deduction.

“While that date has obviously come and gone, many employers have yet to run payroll for the last week in December and, if that is the case, it may not be too late to make the necessary adjustments to claim the ‘safe harbor.’ This only applies to pay reductions for those still on the payroll—there are separate “safe harbors” related to headcount/FTEs.”

Note: ASTA says it wants to hear feedback from travel advisors and agency owners with regard to their experience with the PPP loan process. If someone has had their loan forgiven, ASTA would like to share that with its other members (who send questions and feedback here at www.asta.org/covid19member; or anyone can email [email protected]).

Eben Peck, executive vice president, advocacy for ASTA, says that the association advocated and worked with government leadership “at a scale that we had never, ever done before,” adding they “packed about five or 10 years’ worth of activity into one” in 2020. Since the pandemic hit, Peck says, ASTA has had over 150 meetings, calls and Zooms with Congressional leadership, as well as 14 individual grassroots campaigns and 25,000 people participating in those campaigns. These people sent a combined 105,000 phone calls and emails to federal and state legislatures. Previously, the high-water mark was in regard to California’s AB-5 bill, which totaled about 2,500 messages.

While the CARES Act was passed relatively quickly, Peck notes that a second round of substantial relief took over eight months, as Congress bickered “at a time when the economy continued to deteriorate.”

Regarding the $900 billion allocated towards business relief, here’s what ASTA members need to know:

The new bill has $284 billion for additional funding for the PPP, including about $250 billion for “second-draw” loans for those who have already taken a loan. This is for businesses with fewer than 300 employees currently and must have used or intend to use their original loan. Borrowers must show at least a 25 percent revenue reduction for any quarter in 2020 compared to any in 2019. The max loan size is $2 million (down from $10 million in the CARES Act); however, the timeline and what the loans could be spent on has been expanded. These can be applied for through March 31, 2021.

The Employee Retention Tax Credit was also extended. This program allows businesses whose revenue was down to receive a refundable credit from the IRS per employee (taking away the employer-provided payroll taxes like Social Security). For 2020, the per-employee credit was $5,000; with the new bill that has been raised to $14,000 per employee and runs for only the first two quarters. Peck adds, “Importantly, in the CARES Act, you could not take a PPP and claim the Employee Retention Tax Credit—full stop. Now, you are allowed to do that retroactively.”

If you took a PPP loan in 2020, you could go back and claim the Employee Retention Tax Credit—with the only restriction being you can’t use those funds to pay for the same activities. For 2021, you can also claim the tax credit in advance to get funds from the government for that quarter.

Peck does add that the new bill “on unemployment [is] a little less generous, frankly.” While the CARES Act included a $600 federal supplement to unemployment (which expired at the end of July 2020), the current bill only offers an additional $300 through March 14, 2021. And, as for the Pandemic Unemployment Assistance, which included independent contractors (ICs), has been extended through March 14 but benefits can’t be paid past April 5, 2021. Peck says this is a “short window” and could create pressure on Congress to do another bill.

With less funding available overall (this bill is $900 billion versus the $2.2 trillion for the CARES Act), Peck does say the latest relief is actually better for a number of ASTA’s members, especially for those with one or more W-2s; for ICs, it’s about the status quo.

Despite the latest relief bill, which provides some “breathing room,” more assistance will be needed—and in pretty short order, according to ASTA. Peck notes that Democrats taking control of the Senate (in addition to maintaining their majority in the House of Representatives) “dramatically” improves the odds of a sizable COVID relief package.

One of ASTA’s top priorities remains the passing of the RESTART Act, which is a bill in both the House and the Senate. Good to know: At the end of last year, the bill had 60 co-sponsors in the Senate (split with 30 Democrats and 30 Republicans), which is filibuster-proof. This would be a new forgivable loan program, which are “much bigger” than the PPP and forgiveness on those loans is based on your 2020 revenue loss. “We like that approach,” Peck says.

He adds, “We, as a country, need to be looking at supporting the sectors who have been most harmed by [the coronavirus pandemic] and whose revenue will take the longest to recover—and, sadly, we are in that category right now.” To that end, ASTA will be advocating for specific funding for travel agencies, “or at the very least, specific funding for travel industry businesses.”

Regarding a potential tax credit, which was brought up in Congress in 2020, Peck says, “this is more of a recovery thing than a relief and survival thing.” As vaccines are distributed, however, this a “phase” that the industry could get to before too long. ASTA would be in full support of such a credit, Peck adds.

And, last but not least, ASTA is seeking a COVID liability shield, which was “one of the big hang-ups for the past eight months,” according to Peck. “We don’t want our members, be they leisure or corporate agencies to have any legal exposure for sending folks on the road” and an instance arrive where the traveler gets sick and decides to sue. This, according to Peck, was more supported among Republicans in Congress than Democrats, so it’s unlikely if this would be addressed in a new bill.

Peter Lobasso, senior vice president and general counsel for ASTA, adds that in lieu of a shield, the most straightforward way for agencies to protect themselves is by asking the clients to sign a waiver in advance of their travels. “There’s a whole lot of nuances with respect to how enforceable waivers are … but that certainly is an element of exercising due diligence in this post-COVID world that we’re living in,” he says. “But I think the greater, more valuable solution to get the industry back on its feet would be some type of blanket immunity, which would protect business owners of all stripes as long as they were following whatever federal, state or local requirements were in place as far as their business was concerned.”

Beyond new COVID relief, ASTA will be advocating for harmonized international (and state) travel restrictions, whether it’s quarantines, testing, proof of vaccination or other. “Those are really complicated questions that the [Biden] Administration and their foreign counterparts are going to have to grapple with, and we want to be able to help suggest ideas,” Peck says.

When asked what the “ideal” solution would be, Lobasso it’s less about “what the substance of the requirement is, as much as it is the uniformity.”

Peck adds, however, “the ideal solution, if I was king” would be that either the World Health Organization or World Tourism Organization would set the rules for allowing international travelers into your country, which, for instance, could be travelers must get tested three days before and once again on the ground. He likened it to the world’s response after 9/11, where all countries had to update their security standards and, although it took a while, it was achieved. “It’s not going to be easy,” Peck says.

ASTA has also been active in calling for more timely commission payments from suppliers. Lobasso commends suppliers who have made changes to their payment structures but adds there isn’t much else noteworthy on the developments. As for host agencies, should a commission be recalled after it’s paid out, Lobasso says that there a number of ways they can protect themselves. One such way is the creation of an escrow account “but these issues are, frankly, secondary to the larger issue of ensuring the survival of the travel agency distribution channel by making sure those payments come in a more timely fashion,” he adds.